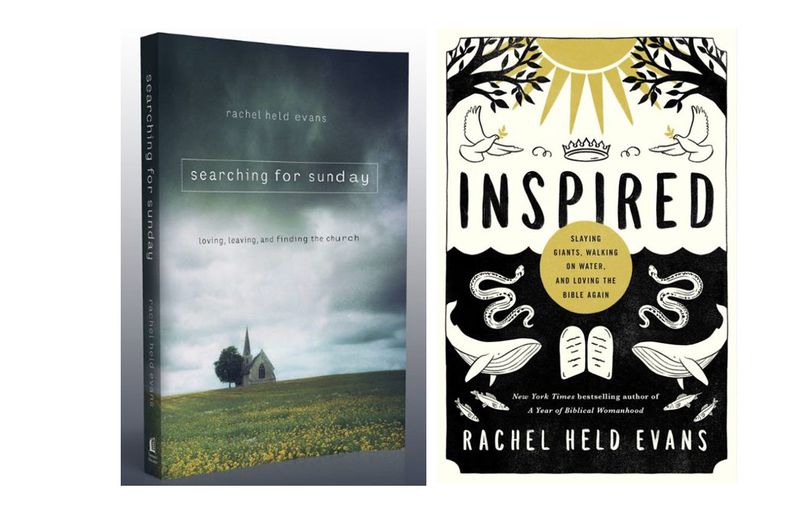 God, she was funny.

Rachel Held Evans died this morning at age 37, leaving behind a husband who cheered her on wildly, and two children, ages 1 and 3. I never met her family, but I did have the privilege of meeting her at the Fredrick Buechner Writing Workshop at Princeton Seminary in June, 2015.

As is my habit, whenever I hear that someone I loved has died, I went to my journals looking for my notes from that conference at which she spoke about the courage of writing. I wanted to remember what she had said that spoke so directly to me that I wrote it down.

In my mind’s eye I could see myself sitting at the conference with my friend, waiting for Rachel to begin. We had water bottles and notebooks and pens at the ready. The room was packed; the energy palpable; the joy punctuated by voices rising and falling and laughter busting out of conversations now and then. We were a room of writers, many representing the church, and what we loved to do more than anything was, talk about, and listen to, other people talk about, writing.

Because writing is hard work. To begin it lightly produces the forgettable.

To begin it seriously is akin to setting off to sea in the direction of the sun only to find yourself soon in deep water, lightning flashing, and no real plan for getting back to shore.

This is why we attend such conferences. Writer’s are a timid lot and the braver our writing, the more encouragement we need to engage in doing it.

Rachel Held Evans was one brave writer. She took on the Evangelical extremists for their misuse of the Gospel by using it to exclude and condemn rather than include and set free.  She was an advocate for African-American women and a critic of hypocrisy in the church. She wrestled with her faith and the conditions of our world and took us with her on her journey from a point of view that was courageously vulnerable. She unpacked the truth with grace enough to enable one to fully hear the message, and law enough to imagine lives transformed by its brutal honesty.

I have written about Donald Trump before and after his election. I have written about gun reform after many mass shootings. I have written about the treatment of immigrants in Tornillo and the School to Prison pipeline in our for-profit system. And yet, I have not been able to muster the courage to write about Evangelical heretics who misuse God’s word for political fodder or as some divinely-sanctioned weapon to justify their own hatred.

I am thinking of all this as I flip a little more frantically through my journals, looking for the right date for that conference. And when I finally find it, my notes are disappointingly brief. But as I read them I remember how, early after she began speaking, I had set aside my pen and wrote little because I was so engaged, wanting to listen with my heart, drink in the inspiration of the moment, and simply appreciate the light of her presence.

And that’s why, I had written down, just two quotes:

“The call to write is open to all, the published and the unpublished.

It is like the Eucharist; all we need to do is receive it–

the call to write, itself, is a gift.”

“The next sentence is not in the refrigerator.”