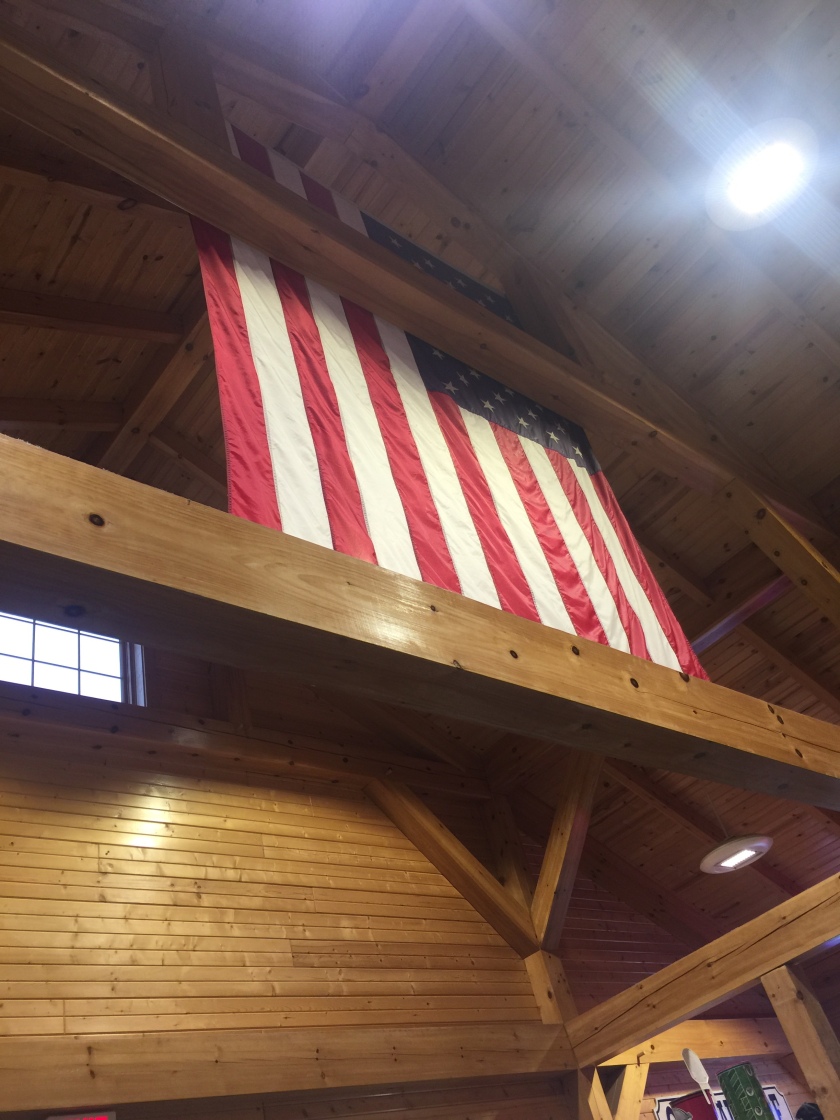 We met in the dark at the Temple, our group of 7 women and two men. Standing in the cold, circled by a host of minivans, one woman asked about the drive and specifically, bathroom breaks. Rabbi Josh said, “That’s a good question, actually. The plan is we should try not to stop.” We laughed until we realized he was serious–which made us laugh all the more until finally, he said, “okay, okay how about this…we can stop anytime you want.” A blessing, a brownie, and we left, and drove about two blocks to secure caffeine. Rabbi Josh ordered a large badass woman, which made sense as it really is the finest coffee blend at Roos Roast. Next stop: Indianapolis by noon. If we don’t stop. Much.

11:50 Arrived at Indianapolis Hebrew Congregation where we were welcomed by numerous clergy and an impressively full sanctuary of folks offering their encouragement. Rabbi Dennis C. Sasso opened with an inspired message, in which he explained that he stood before us as a Jew, a Hispanic, an immigrant and naturalized American citizen. He also said this:

‘Let my people go’ means ‘Let my people be my people.’ Let us not rest until we find solutions that befit the wisdom of our democratic heritage, the fairness of our judicial system, and the openness of the American heart.

So instead, this is PM, signing off, from the home of a couple who welcomed us here in St. Louis. No questions asked.